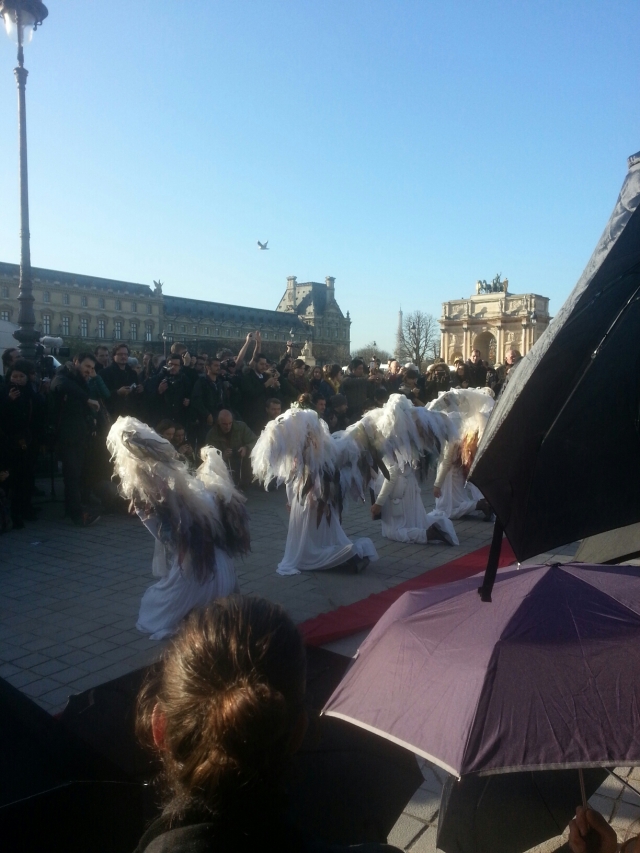 Many environmental activists from around the world are here in Paris to mark this 21st round of Conference of the Parties, sponsored mainly by the fossil fuel lobby. We do not have hopes that they will change from their agenda of business as usual. This is a growing movement of grassroots groups who will be taking action.
D12 Red Lines happened after all the recent negotiations with police,
because thousands of people were determined to take part in the protest, due to not enough being done by politicians after 21 years of meeting on this subject.
During the week many groups representing indigenous communities who were the most affected by the extractive fossil fuel industries demonstrated their frustrations with governmental processes and were removed from the Solutions conference centre by security men. Even groups like 350.org and journalists were removed from the area for questioning the status quo!
It is very apparent that mainstream media is not reporting any dissenting voices, so it is important that the voices of communities that want to protect the land are heard.
It is good that alternative media are documenting the people’s version of what is happening in Paris alongside the ‘official’ media, which includes the New Internationist and Democracy Now.
Most importantly is that the movement for global justice and climate is connecting and what is becoming clear is that it is system change that’s needed, which makes all people inclusive and that much must be done to protect the most vulnerable. We all live on this planet and will all suffer from the consequences of inaction!
We must not stand by and let this destruction continue, it is time for change!

From Gill in Manchester who wrote: Climate change affects every single person and species on this Planet Earth. I pledge on behalf of myself, my children, my grandchildren and every other person on this planet that I will do my best to find the perfect solution to us all, animal, vegetable and human, living in peace. By living in peace then our climate and our planet will be peaceful. Peace is the solution. Peace Be With You.

Thank you Gill, Bless you.