via Coronavirus, extreme fear-mongering, Craig Murray perspective, and what “happened to” ME. —

As far as I know, John Paterson is still in Chichester Hospital being injected and there has not been any court case!
From :Andrew: Devine

John Paterson was arrested on November 5th, 2019 and is now in Chichester Hospital, Pine Ward on a mental health fraud awaiting trial on June 10, 2020 and he does not have access to his paperwork in order to prepare for his case. They are intending to force inject him on June 8th.

Due to the censorship by YouTube many videos have been removed.

Here is a conversation he had with his friend and lawyer Patrick Cullinane and published two days before his arrest.

So Patrick was a whistleblower that did not fare well in England and was eventually killed. Here is more information beyond my knowledge of what happened to him

January 2020 from Ved Chaudhari on FB:

Yyeeaaahhhhh, I am smiling this morning…

So, as you all know, I wrote my 8 page hand written letter with the 39 pages of attachments and posted it by Registered Post to Her Majesty The Queen on 21 Jan 2020.

This is the response I got with a personal message from Her Majesty, naming “Julian Assange” and “Whistleblowers” dated 23 Jan 2020 by second class post received on 25th Jan 2020. It states basically, that Her Majesty The Queen will be asking her Ministers to deal with it hehehe

Then I heard Julian Assange has been moved out of solitary confinement….so smiles and smiles…. and no doubt all the other remedies will follow in stealth mode….

As I say, I would urge everyone to do the same, write to Her Majesty The Queen to request the release of all Whistleblowers, Protected Witnesses and Credible Electoral Candidates being held hostage as political prisoners in State Discredit Frauds and Election Frauds to deny the Citizens their choice of Elected Leaders in favour of back-door script-reading Actors and Impostors.

The Queen has asked me to thank you for your letter from which Her Majesty has taken careful note of the views you express regarding the Julian Assange case and the issue of those you refer to as whistleblowers.

I must explain, however, that as a constitutional Sovereign The Queen acts on the advice of her Ministers and remains strictly non-political at all times. This is, therefore, not a matter in which Her Majesty would intervene. 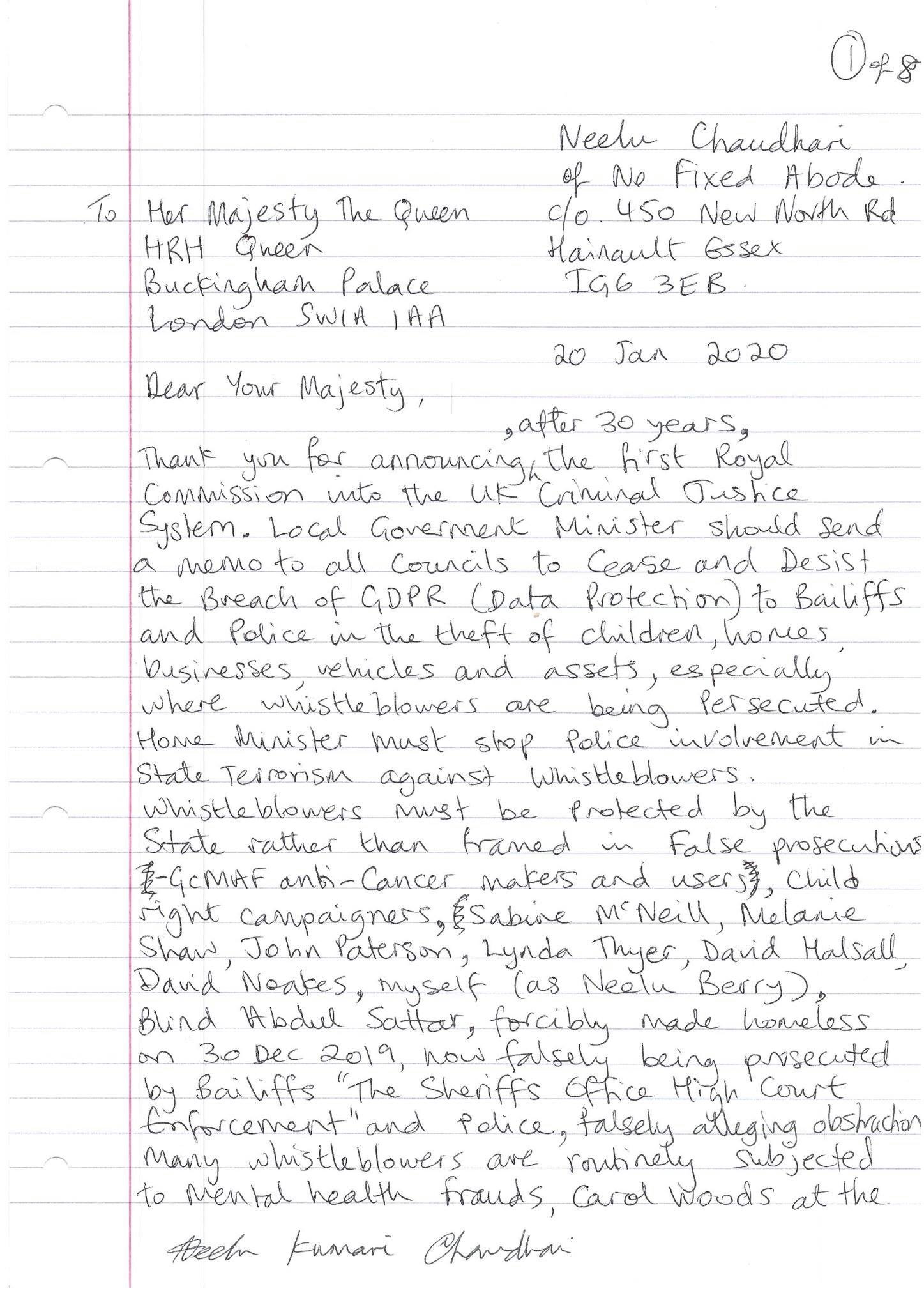 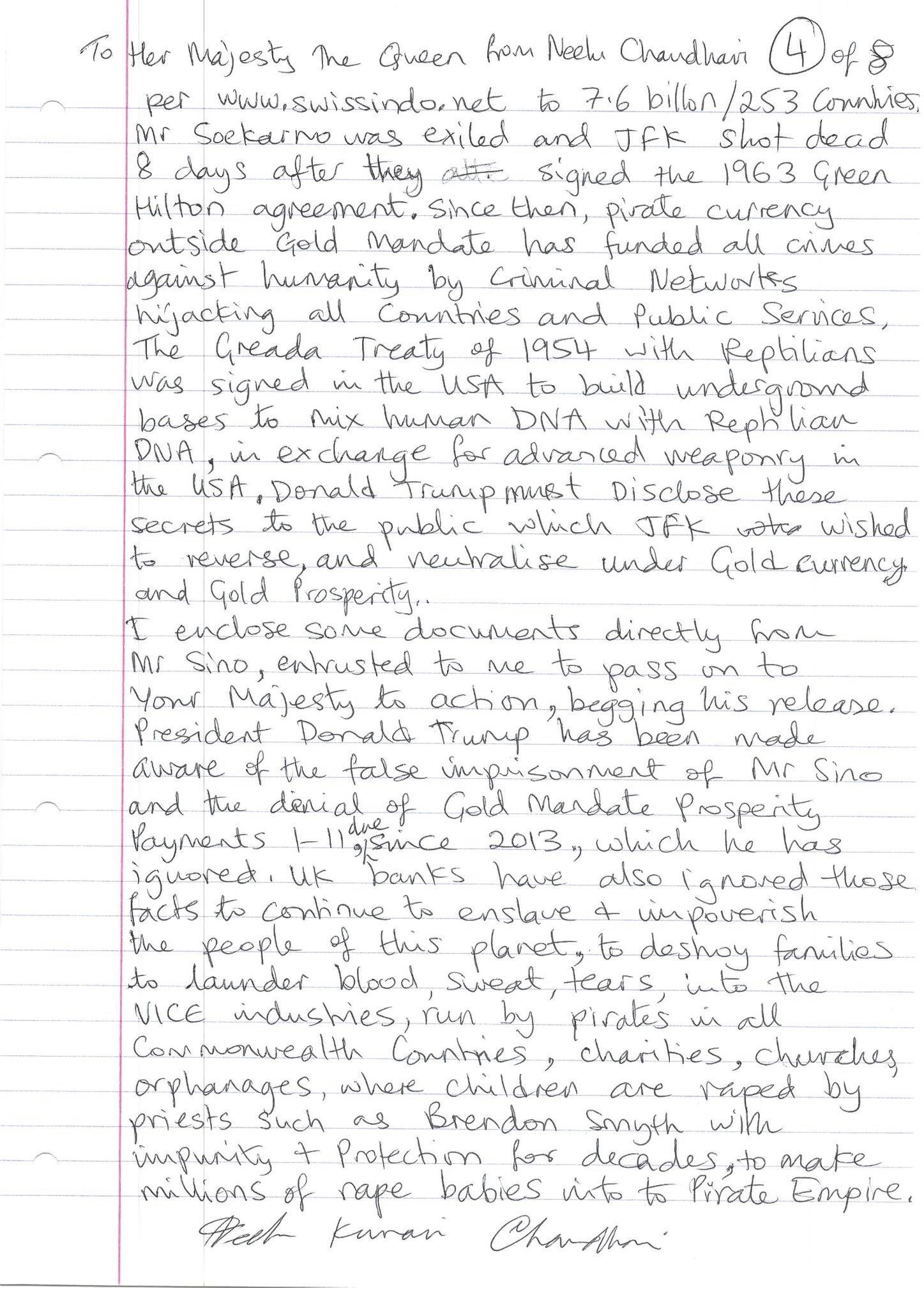 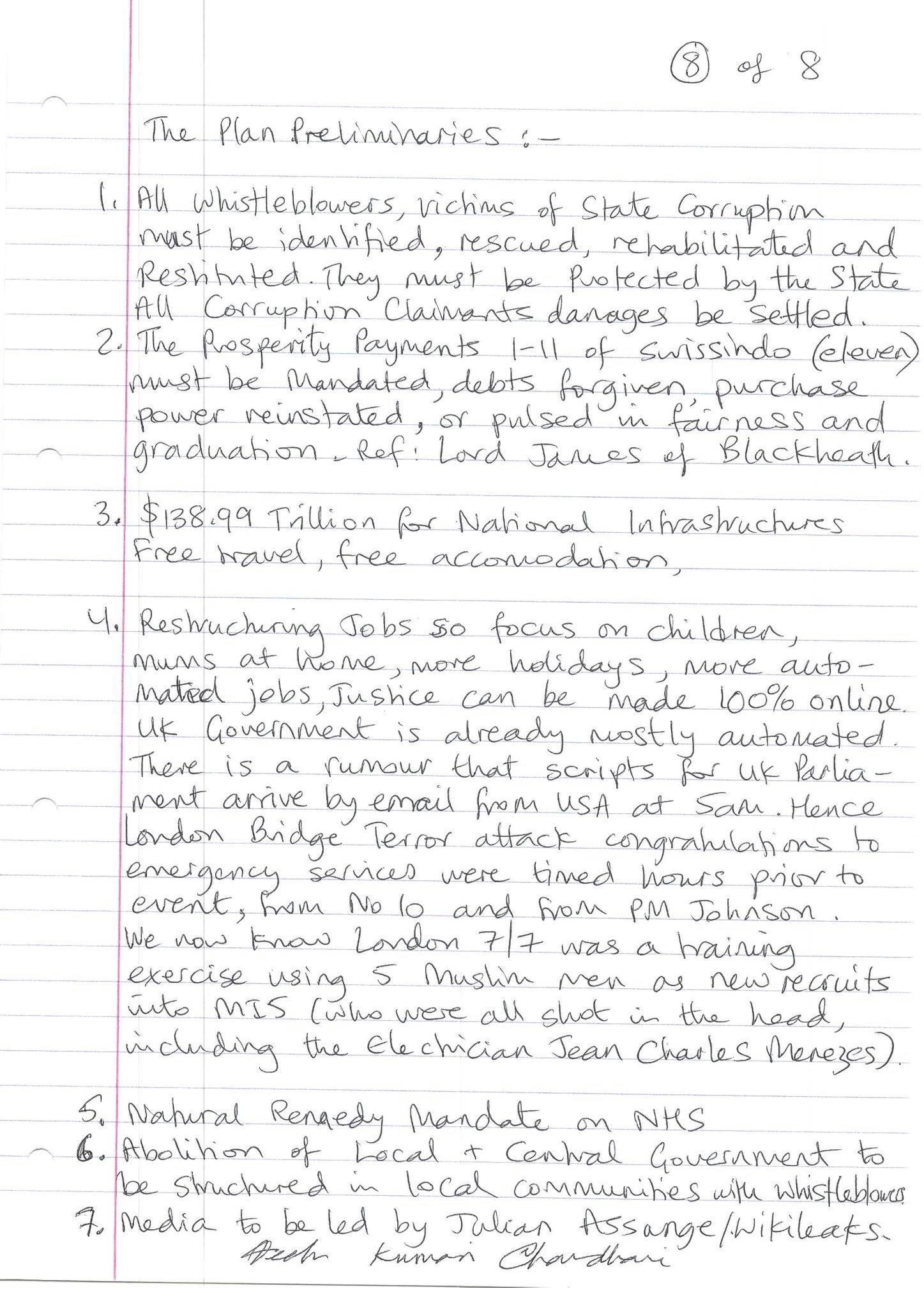 There is no remedy with the police, that is becoming very evident. Here is a conversation with Essex police regarding prisoner John Paterson in Chelmsford Prison and an incident report from January 1, 2020 https://youtu.be/VgXw6djl1n4

Here is the website of a colleague of John Paterson’s https://sites.google.com/site/profgeorgeleesrevelations/

It is very evident to those who pay attention to such things, that the control system that runs the world is tightening up their reins on the population  to control and cover up their wrongdoings. Since my last blog and meeting Carol Woods and those that want to support whistleblowers, it has revealed so much more to me about how those in powerful positions misuse their power in many ways and all controlled from behind the scenes.

Here is a whistleblower and lightworker for justice Neelu whose family members have been judges. She is very knowledgeable in the area of law and has been working with Equity lawyer Edward Ellis on lawful remedies for the people, using the Equity Monarchy Trusts. See my page Citizen Jurisdiction for more info and this link

After whistleblower John Paterson was in court on Friday 15 November, 2019 Neelu Berry does a livestream FB summary on Saturday.

His colleague Prof George Lees John shares his info amongst others

I wrote to John at Chelmsford Prison and his Prison #A1251EL via http://www.emailaprisoner.com and here is his reply 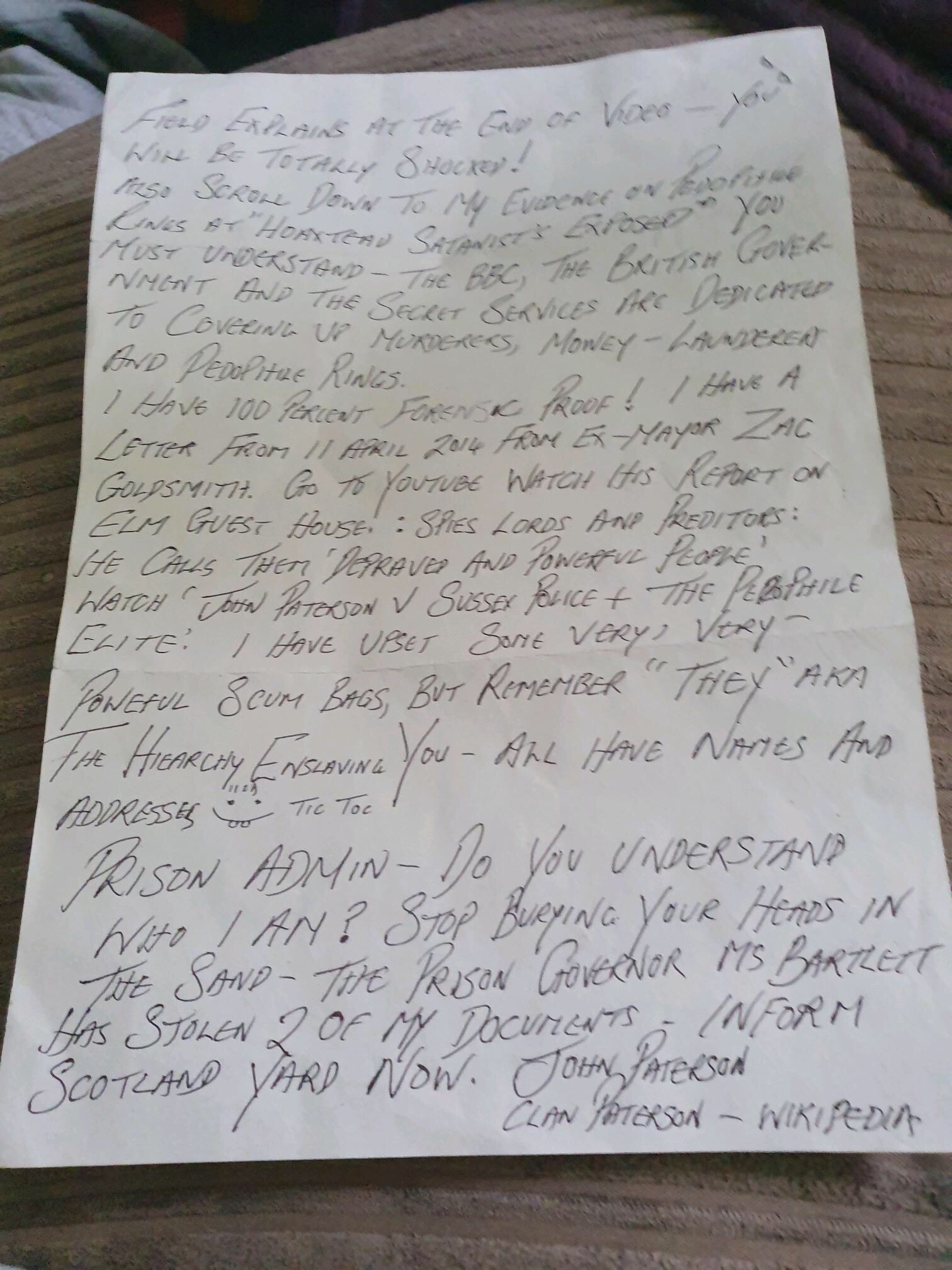 Another letter from JP 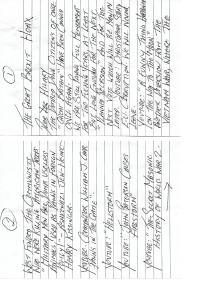 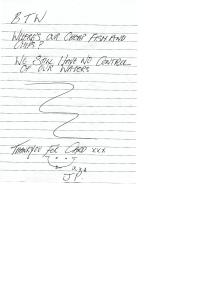 Updates on John Paterson currently held in remand in Chelmsford Prison are available here, how Sussex Police are involved in the case of John Paterson

Dec 17 update on Lynda Thyer rearrested and returned to prison in France. Update Lynda Thyer was reunited with her mother in March 2021, thanks to her brother and a change of legal representation.

Discussion on Ramola D Reports on the corruption behind the case